Psalm 46:6 The nations made an uproar, the kingdoms tottered; He raised His voice, the earth melted.

Significant seismic activity is a characteristic of the end time scenario. The activity in Yellowstone Park is not end time material.

June 2017: A swarm of earthquakes has recently hit the Yellowstone super caldera in Wyoming. Depending on various reports, up to 800 quakes have taken place. The largest reported tremor was 4.5 magnitude on the Richter Scale. The series of events was noted as “green” by the United States Geological Survey (USGS).

Predictably, the experts state that Yellowstone is not in danger of a massive eruption. However, the US government is taking the following precautions??? Caution, conspiracy theories are alive and well!

Allegedly, NASA has launched its Stratospheric Observatory for Infrared Astronomy (SOFIA) to monitor the Yellowstone Caldera. At the least, SOFIA has been seen flying over the area.

The following description is per NASA. Built into a converted Boeing 747SP, SOFIA’s 2.5-meter (8.2-foot)-diameter telescope will make it the world’s largest and most sensitive airborne observatory. Flying at 39,000 to 45,000 feet, it will enable scientific observations that are impossible for even the largest and highest of Earth-based telescopes. Peering out through an open cavity in the side of the aircraft, the telescope will allow astronomers to obtain sharper infrared images than ever before. The astronomers, technicians, engineers, educators, and flight crew will work in a comfortable airliner environment during a typical eight-to-nine-hour flight. 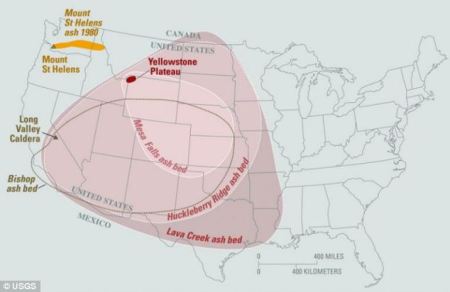 One conspiracy theory has the United States offering billions of dollars to other countries for relocation of citizens in case of a massive event. The plan reportedly has US citizens being sent to Australia, Brazil, and Argentina. The relocation plan allegedly was signed, sealed, and delivered in 2014.

Do your own homework and verify.

One way or another, there is a lot of hot air being released…