And we have some movement on Magog’s southern front…

Genesis 2:13 The name of the second river is the Gihon. It is the one that flowed around the whole land of Cush.

This is the first mention in the Bible of the land south of Egypt. The Hebrew word is Cush. It is translated as Cush or Ethiopia in the biblical text. It is a land in the southern Nile River valley. This is modern day Sudan.

See video link below for analysis and geography.

November 2017: Russian President Vladimir Putin invited Sudan President Omar al-Bashir to Sochi for a meeting. Sudan is asking for Russian protection against American aggression. The Sudan president is not exactly a choir boy in need of protection. He is wanted by the International Criminal Court for genocide and war crimes.

“We are thankful to Russia for its position on the international arena, including Russia’s position in the protection of Sudan. We are in need of protection from the aggressive acts of the United States.” -Sudan President Omar al-Bashir

Bashir wants an arms deal with the Russians.

“We are currently launching a program to modernize our armed forces and we agreed with the defense minister that Russia will contribute to this,” Bashir indicated.

There was also a grain deal. Russia will sell 1 million tons of grain to Sudan.

“Sudan is a major buyer of our grain. We expect to increase the volume of grain sold to your market up to 1 million tons,” Vladimir Putin stated.

Beyond the grain, there is more to the story.

“Prospects are in place not merely in the hydrocarbons sector but also in the electric power industry and peaceful nuclear development.” -Russian President Vladimir Putin.

Russia has been in ancient Put or Libya since March 2017.

For those of you not familiar with the narrative, Ezekiel 37 has already happened in the mid 20th century. I would encourage all to read Ezekiel chapters 38-39. It appears to be on the verge of happening in the 21st century.

Magog’s gang is now complete and assembled, as promised by Ezekiel roughly 2,600 years ago… 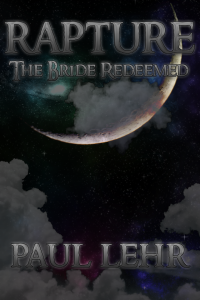 Time to Preserve your Wealth