Zechariah 12:3 On that day I will make Jerusalem a heavy stone for all the peoples. All who lift it will surely hurt themselves. And all the nations of the earth will gather against it.

December 21, 2017: We are living the verse above in today’s world. The nations of the planet are throwing an absolute tantrum over Jerusalem, Israel.

The UN has stated Trump’s declaration is “null and void”.

Today the United Nations (UN) held an emergency vote over Donald Trump’s declaration of Jerusalem as the capital of Israel. 128 countries voted and urged President Trump to take back the proclamation. 35 countries abstained from voting.

9 countries voted against the UN resolution and stood with Jerusalem as the capital of Israel. These countries included: Israel, United States, Guatemala, Honduras, Marshall Islands, Micronesia, Palau, Togo, and Nauru.

For countries who voted accordingly, see the link below.

US Ambassador to the UN Nikki Haley had the following comment after the vote.

“The United States will remember this day in which it was singled out for attack in this assembly. We will remember it when we are called upon to once again make the world’s largest contribution. That is what the American people want us to do and it is the right thing to do. This vote will make a difference in how Americans look at the UN. And this vote will be remembered.” -Nikki Haley, US Ambassador to the UN.

President Trump weighed in on the vote.

“We’re watching those votes. Let them vote against us, we’ll save a lot. We don’t care.” -President Trump. 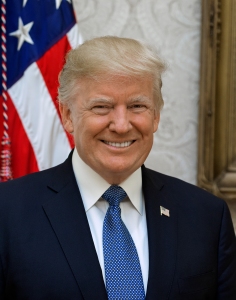 Even the Sanhedrin held an emergency meeting in light of the UN vote. The Sanhedrin warned the nations their vote will seal their fate. Here is the declaration.

Isaiah 11:9 In all of My sacred mount nothing evil or vile shall be done; for the land shall be filled with devotion to Hashem as water covers the sea. Israel Bible Translation

The nations should now take this opportunity to advance their required role in building God’s House in Jerusalem, the House of Universal Peace, on Mount Moriah, as prophesied in the Bible in order to bring about the long-awaited world peace.

Nations that vote for this evil decree via their representatives are instruments of destruction and their fate is sealed, as has been the case throughout history for those nations who have chosen the path of evil.

For the nations that have, until now, come against Jerusalem this vote is an opportunity to leave their evil ways. If not, they are sealing their own fate and will see judgments from heaven. The nations that support the US president’s declaration will gain merit in heaven.

We emphasize that this vote does not affect the prophecies concerning Jerusalem as the City of God since God’s word is eternal. It is Jerusalem’s fate to be a Light Unto the Nations.

Any nation that desires life will act intelligently and support the declaration of the United States.”
Read more at https://www.breakingisraelnews.com/99725/sanhedrin-declares-un-vote-nations-choosing-blessing-curse/#8A9lTuPffMKhUguA.99

A little recommendation for the nations of the world… We are not there yet. But God has some guidance if you choose to go against His people in His capital Jerusalem in His nation Israel.

Zechariah 12:9 And on that day I will seek to destroy all the nations that come against Jerusalem.

Signs of a Forming Top