The Bible and historians are consistent. Magog is modern day Russia. The brothers of Magog (Meshech, Gomer, and Tubal) appear to point to modern day Turkey.

Russia will be joined by several countries with their future invasion of Israel (Ezekiel 38-39). One of those countries is Persia. This is modern day Iran. The country was known as Persia until the name change in the 20th century.

For more detail regarding these ancient peoples and their modern-day counterparts, click on the links below.

Click on video link for geography and additional analysis.

Erdogan: “Hey Netanyahu! You are an occupier… At the same time, you are a terrorist.”

For complete comments, see the video link from Middle East Eye at Twitter. 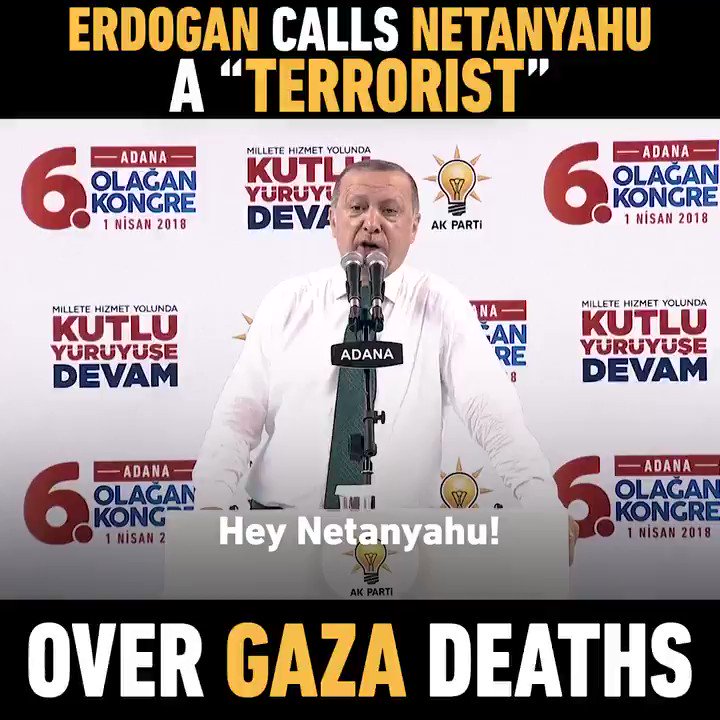 Erdogan: “Hey Netanyahu! You are an occupier… At the same time, you are a terrorist”

These comments took place prior to a meeting between President Erdogan and Russia’s Vladimir Putin.

April 3, 2018: President Vladimir Putin arrived in Turkey to meet with Erdogan. The two met to celebrate the ground breaking of the construction of a Russian nuclear plant in Turkey. The nuclear plant is being built in Akkuyu on the Mediterranean coast.

In addition to nuclear cooperation, Russia and Turkey are laying the Turkstream gas line. This is for the transport of Russian natural gas to Turkey.

April 4, 2018: Putin and Erdogan are scheduled to meet with Iranian President Hassan Rouhani in Ankara, Turkey. The talks are to focus on the situation in Syria. The future of Syria President al Assad is the topic.

As these talks are taking place in the Turkish capital, the Syrian army is advancing south towards the Golan Heights and the Israeli border. The Syrian Arab Army is deploying troops near al-Quneitra and Dara’a.

The Syrian government is following suit as they did in Ghouta east of Damascus.

These ancient brothers have fought against each other for hundreds and thousands of years as mortal enemies. Each of them have looked to control the region. Now in the 21st century they are together and united…just as Ezekiel 38 said roughly 2,500 years ago.

How close are we to the invasion of Israel from the north in the Golan Heights???