Russia will be joined by several countries with their future invasion of Israel (Ezekiel 38-39). A significant player is Persia. This is modern day Iran. The country was known as Persia until the name change in the 20th century.

Persia proper was bordered on the west by Susiana or Elam, on the north by Media, on the south by the Persian Gulf and on the east by Carmania.

Israel has captured over 100,000 pieces and of intelligence regarding the Iranian nuclear program. The intel includes…

See the video link below for Prime Minister Netanyahu’s comments regarding the Iranian Nuclear Program.

Iranian Foreign Minister Mohammad Javad Zarif, “The boy who can’t stop crying wolf is at it again… You can only fool some of the people so many times.” 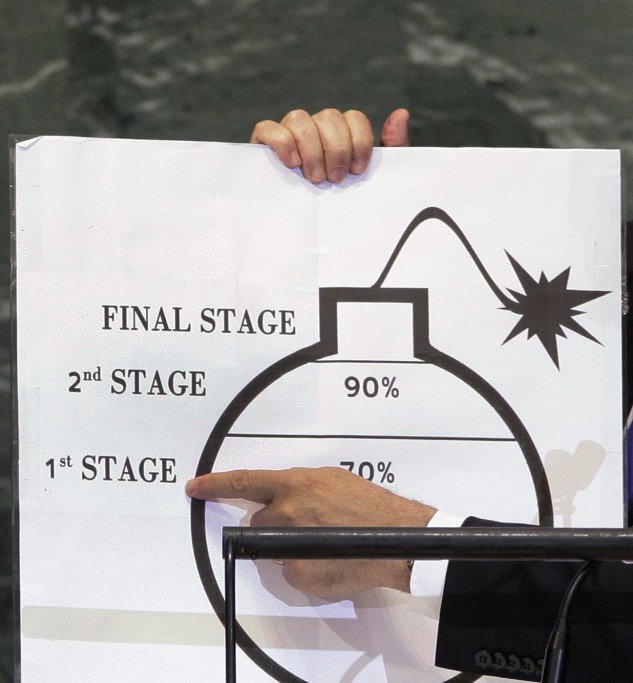 BREAKING: The boy who can’t stop crying wolf is at it again. Undeterred by cartoon fiasco at UNGA. You can only fool some of the people so many times.

President Donald Trump made some comments after Netanyahu’s presentation.

“What’s happening today and what’s happened over the last little while and what we’ve learned has really shown that I’ve been 100 percent right,” United States President Donald Trump.

President Donald Trump’s decision on the Iranian Nuclear Deal looms on May 12, 2018.

Jeremiah 49:34-39 That which came as the word of the LORD to Jeremiah the prophet concerning Elam, at the beginning of the reign of Zedekiah king of Judah, saying: “Thus says the LORD of hosts, ‘Behold, I am going to break the bow of Elam, the finest of their might. ‘I will bring upon Elam the four winds from the four ends of heaven, and will scatter them to all these winds; and there will be no nation to which the outcasts of Elam will not go. ‘So I will shatter Elam before their enemies and before those who seek their lives; and I will bring calamity upon them, even My fierce anger,’ declares the LORD, ‘And I will send out the sword after them until I have consumed them. ‘Then I will set My throne in Elam and destroy out of it king and princes,’ declares the LORD. ‘But it will come about in the last days that I will restore the fortunes of Elam,’” declares the LORD.