Ezekiel 38:8 After many days you will be summoned; in the latter years you will come into the land that is restored from the sword, whose inhabitants have been gathered from many nations to the mountains of Israel which had been a continual waste; but its people were brought out from the nations, and they are living securely, all of them.

See video link below for additional analysis and geography.

“I presented Israel’s obligation and right to defend itself against Iranian aggression, from Syrian territory. The Iranians declare their intention to attack us. They are trying to transfer forces and deadly weapons there with the explicit goal of attacking the State of Israel as part of their strategy to destroy the State of Israel. I told President Putin that it is our right and indeed our duty to take any steps required for to safeguard our security interests,” PM Benjamin Netanyahu. 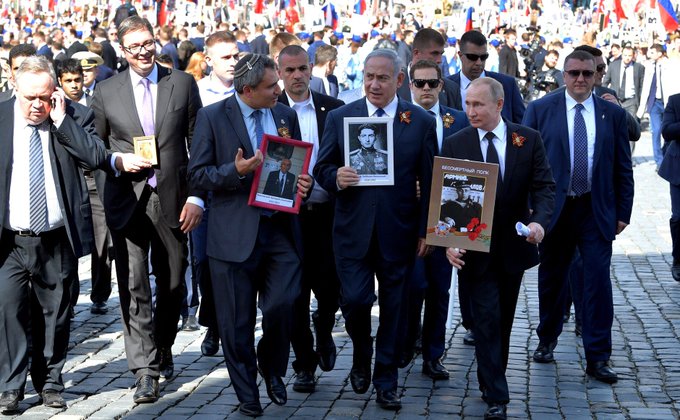 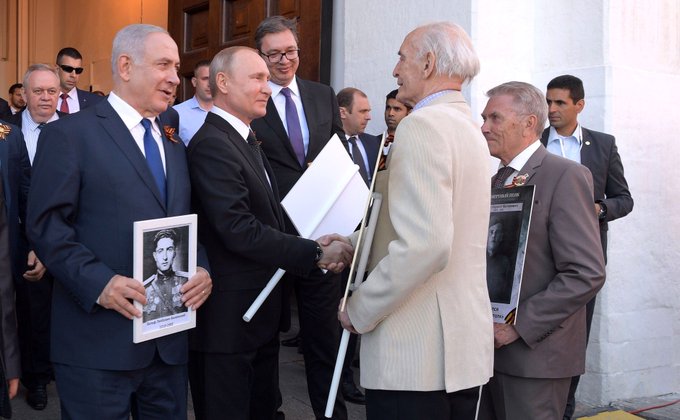 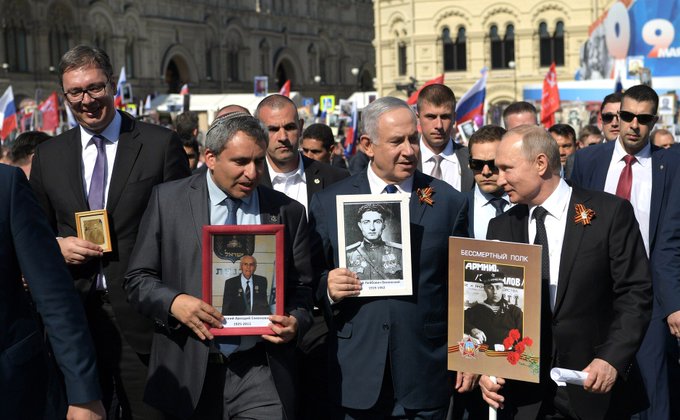 Together with Vladimir Putin, Prime Minister of Israel Benjamin @Netanyahu and President of Serbia Aleksandar Vucic also took part in the #ImmortalRegiment in Moscow

Later after sunset… missiles are flying over the Golan Heights into Israel and Syria. The Israeli military is on high alert. Israeli citizens have been asked to seek shelter in some Golan communities. Rocket sirens have been activated across northern Israel.

Waves of missiles have been fired into Syria seeking Iranian and Hezbollah targets. Areas hit include the suburbs of Damascus and the Quneitra Province in Syria. Quneitra borders the Golan Heights of Israel to the east.

Damascus is currently a free for all. The Mezzeh Military Air Base in south Damascus has been reportedly bombed two times. ISIS is firing rockets and mortars into downtown Damascus. Electricity outages are noted throughout the city.

The Assad lead Syrian Government is threatening to join the conflict. Some reports are indicating Syria has joined the assault towards the Jewish state. Israel is warning Syria to stay out of the military exchange.

See the link below for detail of strikes in the Golan Heights and Damascus.