Matthew 16:17-18 And Jesus answered him, “Blessed are you, Simon Bar-Jonah! For flesh and blood has not revealed this to you, but my Father who is in heaven. And I tell you, you are Peter, and on this rock I will build my church, and the gates of hell shall not prevail against it…”

ISIS continues to be removed from the land scape of the Middle East. This time in Manbij, Syria. ISIS previously used a site as a place to dump trash. Little did they know…

The location was a hiding place for ancient Christians. Archeologists think the site may have been an ancient church. The “hidden church” is believed to be from the 3rd or 4th century. The site is located 18 miles west of the Euphrates River. Christian symbols and writings were cut into the stone. Tunnels, places of worship, and escape routes were contained. Inscriptions were written in Greek.

“Greek was the common language of the Eastern Roman Empire, which explains why the New Testament is written in Greek during the Roman period,” John Wineland, Professor of History and Archaeology at Southeastern University.

A complete and thorough dig and study is not expected until later due to mines placed from the civil war in Syria. A possible second location may have been found as well.

Look at the two key nouns: Peter and rock. These are two distinctive terms in the Greek. They are not the same terms. They are distinctive in gender and definition.

Peter: Πέτρος/Petros, masculine in gender. It means: a detached stone or boulder; properly, a stone (pebble), such as a small rock found along a pathway.  Peter, a Greek name meaning rock. Petros is small in stature.

Rock: πέτρα/petra, feminine in gender. It means: a mass of connected rock; solid or native rock, rising up through the earth; a huge mass of rock (a boulder), such as a projecting cliff. Petra is large in stature. 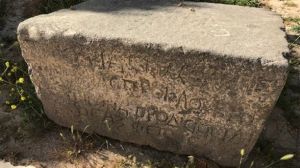 The “rock” is connected together as the church is the body of Christ.

1 Corinthians 12:26-27 If one member suffers, all suffer together; if one member is honored, all rejoice together. Now you are the body of Christ and individually members of it.

“Petros” is isolated and individual. Peter is not a big deal in comparison to the corner stone of the church. “Petros” pales in size relative to the “rock” of the church.

Jesus predicted and promised His body and bride, the “church”.

This is the Greek word used for “church” in the New Testament writings. ἐκκλησία/ekklésia means: an assembly, congregation, church; the Church, the whole body of Christian believers.

Jesus says it Himself. “…I will build my church…” Jesus is the architect and builder of the church. Jesus takes possession. He declares the church belongs to Him, hence the possessive pronoun “my”. 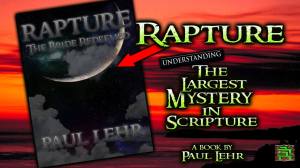 IED’s… Thoughts from an American Soldier