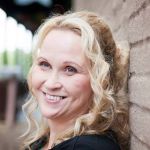 Christine is the current Director of Outreach, Advocacy and Curriculum for Restoration House.

Amos 5:21 I hate, I despise your feasts, and I take no delight in your solemn assemblies. -God

A few years ago, I operated a street outreach. We went to the streets and parks where I myself had existed for nearly two decades. We took sandwiches and basic hygiene items to the women and men in that area.

I was contacted by a TV news show who wanted to join us. The news crew had done food service during the holidays, but always in an artificial environment. They had never actually gone to the streets where the many who avoided the long feeding lines dwelled.

We brought bean burritos from Taco Bell that night, as well as water and condoms. As I handed the condoms out, the reporter stopped everything. She turned off the microphone.

I knew the deal. I had heard it before from women of faith who had joined us on these outreaches. The ladies who had so much church. I suppose, that they forgot about the human in us all.

I listened as they ranted all the reasons she couldn’t be a part of us giving out condoms. I had heard all the reasons, so I’d just hear them again. My mind raced, thinking maybe she had a new reason. She didn’t; nobody ever did.

“We are promoting their actions of prostitution” or “We can’t promote prostitutes to sell their bodies out here” were reasons commonly cited. But I was geared up and ready. Goodness knows I had given this speech at least fifty times.

If you are one of those individuals who might have concerns about giving out condoms in ministry work, then please continue to read this. Give this a fair shot of thought. Consider for a moment that maybe your moral indignation isn’t as productive as you think it is.

We all know by now that I was prostituted. As a formerly prostituted person, my voice provides a different perspective. During my exploitation, I was rarely in a position to go to the store to purchase condoms. If I was working for my “man” or “pimp,” my priority was to make my funds as fast as I could so I could eat and avoid drama. To state it bluntly, condoms were a luxury I couldn’t afford.

Additionally, it wasn’t uncommon for a trick or John to pay an extra twenty bucks to have sex with you without a condom. Statistics tell us that about 68% of all tricks are married or in a “committed” relationship. Do you think their loved ones at home have any clue they are paying for a prostitute to have sex with them, much less without a condom?

The prostitute might turn twenty dates in a 24-hour period, not to mention the times she has been raped. Keep in mind that her man or pimp has other girls he is having sex with – other prostitutes who are having unprotected sex with many others. Are you doing the math here?

A girlfriend or wife learns she is pregnant, and during this joyous announcement from her doctor she is also informed of another piece of highly unexpected – but far from joyous – news that she is now HIV positive. This is an extra “gift” contracted from her husband or her boyfriend – the john who purchased sex from a prostitute. Of course, this means he is infected as well. So, stop and think of how this woman and her unborn child’s life are forever affected by the man’s urge to purchase sex from a prostitute.

Please note. I am not saying all prostitutes have HIV. I worked the streets for nearly two decades and am HIV free! But I have friends who have died of AIDS and some who live with it daily.

This is yet another reason we must end the purchase of human beings. This cycle of exploitation and suffering affects not only the purchaser and the prostituted individual. There are also innocent victims who are affected who play no role in the event yet end up suffering from it.

If we are truly attempting to connect to the humanity of this complex issue, then offering condoms for the prostituted persons we encounter is not only responsible help; it is loving help. Withholding something that could save a life simply because of our moral objections to its use doesn’t stop the activity. Nor does it convict the buyer or seller of sex. All it does is place additional conditions on love and help, therefore devaluing both love and help until neither is recognizable.

HIV is only one of many damaging effects these acts have on unintended victims. The collateral damage abounds in so many ways we can’t easily see. If we are going to truly help, we must be careful of misapplying our moral objections in ways that further compound, rather than help, the problem.

Our ministry is not only for the buyer and seller, but the unintended victims whose lives can be unknowingly changed forever by someone else’s choice to pay for another human being for their own sexual gratification.

“Love your neighbor… ALL of ’em!” -Christine “Clarity” McDonald